CO2 laser use in interdigital pododermatitis

Pododermatitis is inflammation of the skin between toes. It is common in dogs and has various causes that always need to be investigated (Nuttall, 2019, Fig.1). Like otitis externa, there are primary, predisposing, secondary, and perpetuating factors. It is often a multifactor disease. The diagnostic schedule consists of signalment, anamnesis, and general and special dermatological examinations with targeted diagnostics. All factors must be identified and treated to get 100% control of the disease. 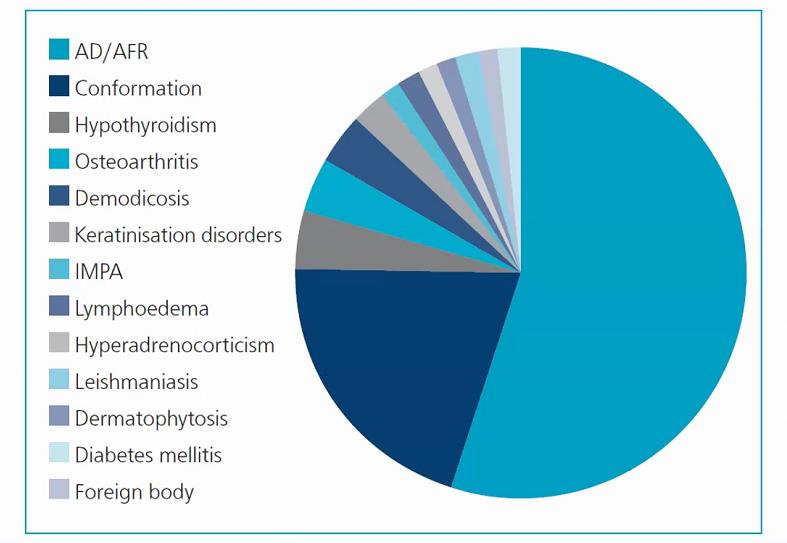 In a study by Duclos et al (2008) the application of CO2 laser surgery showed a cure in 25 out of 28 dogs. This result corresponds to personal experiences with the Aesculight laser.

History: The dog came from a breeder, has been with the owner since puppyhood, and had recurrent interdigital eczema. The dog had been pre-treated with cortisone therapy and was given a self-prepared diet of horse meat and potatoes.

Based on the previous report, the clinical and dermatological examination, the following diagnosis was made: interdigital podofolliculitis with secondary bacterial colonization, formation of comedones and pseudo-balls with roots in hair follicles, and thus a foreign body reaction on the patient’s own hair (Fig. 2). 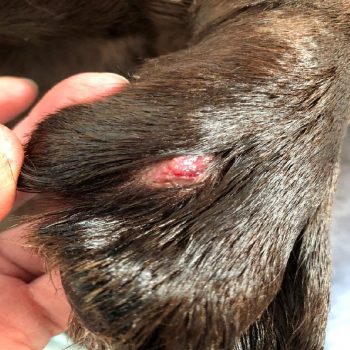 Fig. 2A: Interdigital podofolliculitis with a pseudo-ball formation and palmar comedones 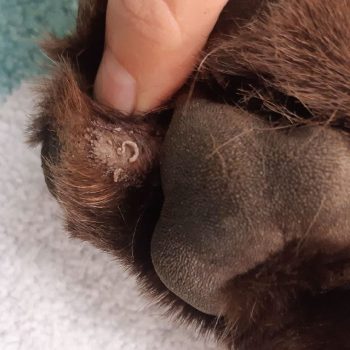 Fig. 2B: Interdigital podofolliculitis with a pseudo-ball formation and palmar comedones

Treatment: Alia received antibiotics according to the antibiogram (enrofloxacin 5 mg/kg PO SID), ciclosporin (5 mg/kg PO SID), foot baths with chlorhexidine, and an elimination diet with ANALLERGENIC (Royal Canin). This treatment showed a general clinical improvement, however, the fistula formation remained unchanged. For this reason, CO2 laser surgery was performed under anesthesia (butomidor, propofol, intubation, and isoflurane inhalation). Pseudo-balls were removed with the aid of the Aesculight CO2 laser (model AE-2010) and the blocked fistula tracts were then removed using 6-10 Watts in the continuous wave mode. The pathohistological examination revealed an ulcerative pododermatitis with a comedo formation and furunculosis.

After the laser surgery, the bitch received bandages with L-Mesitrane Soft wound gel for 14 days, which were changed every one to two days. Thereafter, the paw was bathed daily with chlorhexidine and protected with paw shoes or socks. The healing was complete within four weeks (Fig. 3).

There was no recurrence within the year. A food intolerance was confirmed using the gold standard elimination diet and subsequent provocation. 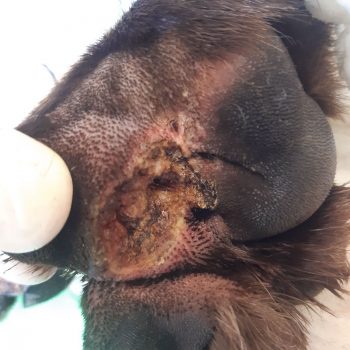 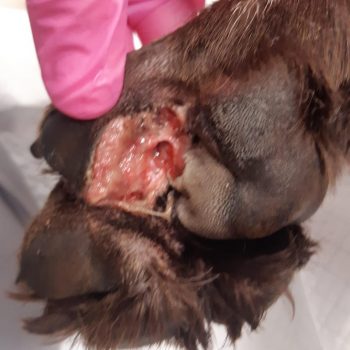 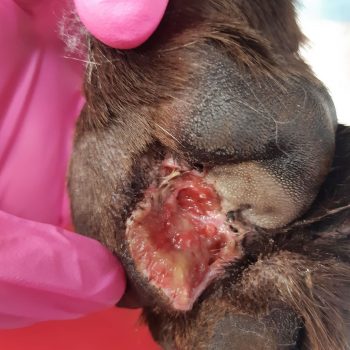 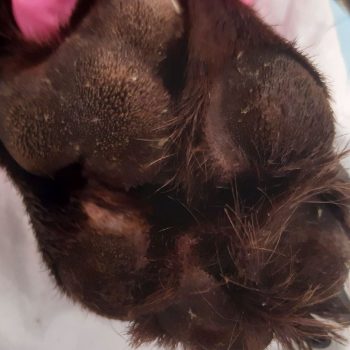 Pododermatitis is a disease with many facets. The correct treatment of the infection, as well as the analysis and correction of the underlying disease, are essential for lasting treatment success. CO2 laser surgery offers a sensible and painless alternative to podoplasty. 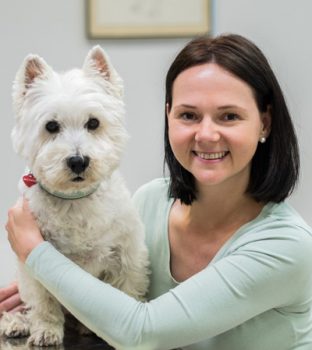