By Ray Arza, DVM, and Anya Glazkova, Ph.D. For The Education Center

A carbon dioxide laser significantly facilitates oral soft tissue surgery. Because it coagulates blood vessels, the laser creates a clear surgical field. This enables the clinician to make conservative incisions and save time that otherwise would have been spent on hemorrhage management.

This article describes three cases in which a flexible fiber waveguide CO2 laser was used to treat canine patients with hyperplastic gingiva, sublingual granulation tissue and benign growths on the tongue.

Physical examination revealed generalized and localized enlargement of the attached gingiva (Figures 1A-1B). The entire mouth was involved. Excess tissue almost completely covered the crowns of the teeth. Mandibular incisors were completely covered with hyperplastic tissue (Figure 1B). The owner noted that it was difficult for the dog to eat hard food.

The clinician should always biopsy hyperplastic gingival lesions, as the clinical appearance alone is insufficient for a definitive diagnosis and therapeutic planning in patients. The excessive tissue was diagnosed as gingival hyperplasia. It was decided to perform a CO2 laser gingivectomy and gingivoplasty to re-establish the original height and contour of the gingival margin. 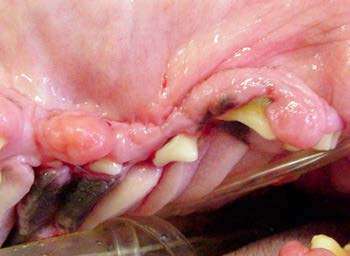 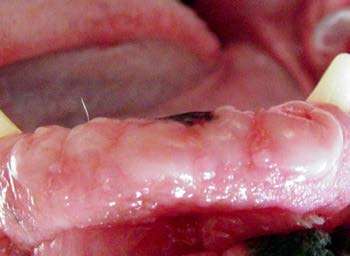 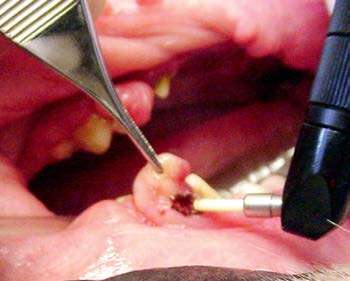 Figure 2A: Intra-op view. Tension was applied and the 0.8 mm laser tip was used to excise hyperplastic tissue. 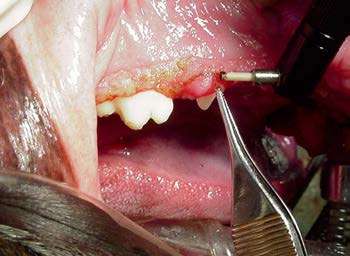 Figure 2B: Intra-op view. Note that the 0.8 mm laser tip was held parallel to the tooth to prevent enamel damage. Instead, a flattened backstop can be inserted between the gingiva and the base of the tooth crown.

Procedure: After the patient was anesthetized, intraoral radiographs were taken to evaluate the teeth and other pathology. Laser energy was used to excise hyperplastic tissue, where it was possible to grasp and retract tissue creating tension (Figures 2A-2B). The remaining excess gingiva was ablated (vaporized).

Lower incisors were exposed. Importantly, once the bulk of the hyperplastic tissue was removed, laser settings were changed to perform gingivoplasty; the power was slightly reduced and a larger 1.4 mm spot size was used (Figure 3). The gingival margin was sculpted to approximate the original normal contour of the gingiva (Figure 3).

Caution was taken to protect the teeth from direct exposure to the laser beam (Figure 2B). All residual carbonized tissue was blotted off with saline-soaked gauze pads. After the surgery was complete, the dog’s teeth were cleaned and polished (Figures 4A-4C).

There was absolutely no bleeding and the dog appeared to be comfortable after surgery. If done without a CO2 laser, conventionally with a scalpel and bur, the procedure would have been bloody and more painful. 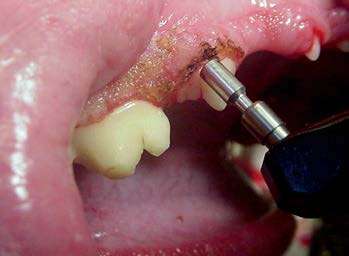 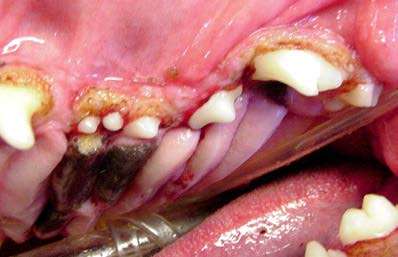 Figure 4A: Immediate post-op view—left maxilla. No blood was present at the surgical site and no sutures were required. 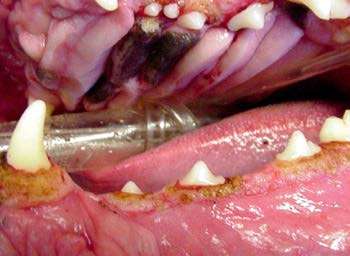 Figure 4B: Immediate post-op view of the left mandible. 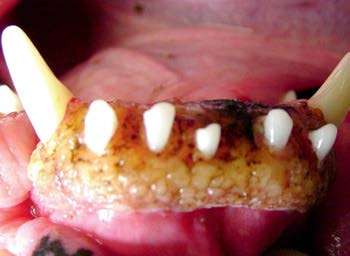 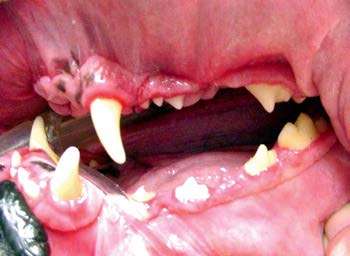 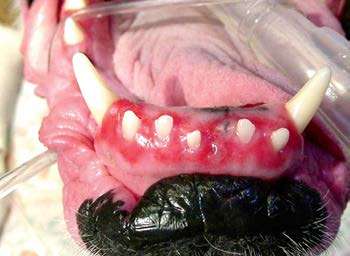 Figure 5B: Healing 10 days after the surgery. 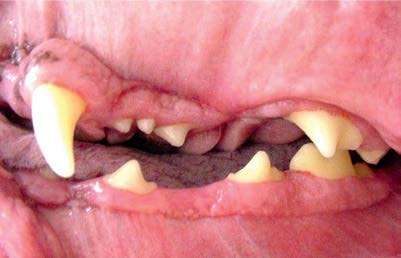 Figure 6A: Appearance of the healed surgical site 19 days post-op. 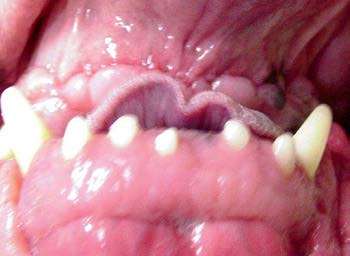 Figure 6B: Healed gingiva 19 days after the surgery.

The canine patient presented for abundant granulation tissue that had formed underneath the tongue (Figure 7). This problem is commonly seen in small dog breeds, especially in older animals. It is frequently referred to as “gum chewers’ disease” because the formation of granulation tissue is caused by repeated biting trauma.

Procedure: The patient was anesthetized and tension was applied to the tongue. The lesion was outlined and excised with the laser. The laser energy was defocused and the surgical area was coagulated to ensure that there was no bleeding (Figure 8).

The resulting surgical defect involved a fairly large area and it was decided to close the wound with a 4-0 chromic gut suture (Figure 9). 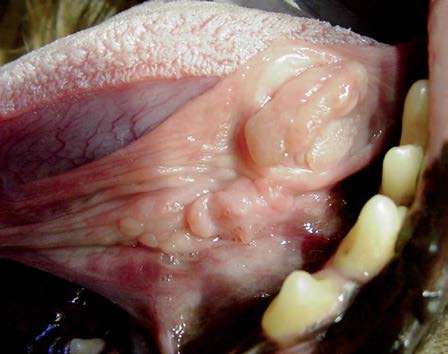 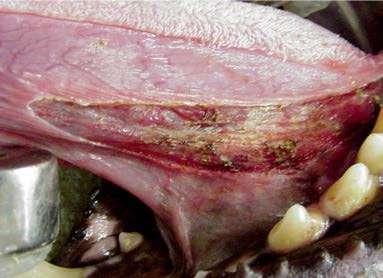 Figure 8: Intra-op view. Granulation tissue has been excised. The wound was ready to be sutured. Note the bloodless surgical field. 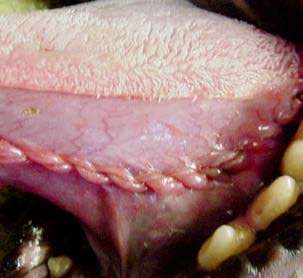 Figure 9: Immediate post-op appearance of the wound closure with a 4-0 chromic gut suture.

A dog presented for three growths near base of tongue (Figure 10). Biopsy revealed that the lesions were benign. It was decided to excise the largest growth with the CO2 laser and ablate the two smaller ones.

Laser settings: 4-6 W in the continuous wave mode with 0.4 mm or 0.8 mm spot size. The larger spot size provides better hemostasis, but also creates more char, which needs to be carefully wiped off with saline-soaked gauze.

Procedure: The planned elliptical incision was made with the laser around the largest mass (Figure 10). The incision was then deepened. Traction/tension was applied to the growth and the lesion was undermined with the laser. The tumor bed was ablated to ensure the complete removal (Figure 11).

The surgical defect was then sutured with monofilament absorbable suture 4-0 (Figure 12). The two smaller growths were simply ablated. Laser energy was used to create hemostasis and no sutures were necessary (Figure 12). 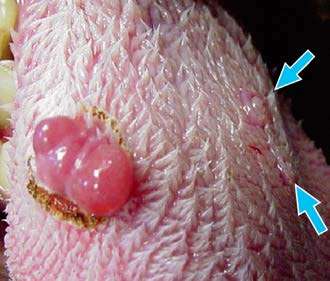 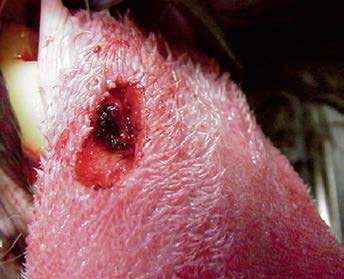 Figure 11: Immediately after the largest growth was excised. The laser ensured efficient hemostasis. 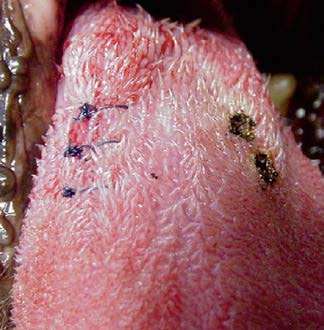 Figure 12: Immediate post-op appearance. The site of the larger growth was sutured. The two smaller lesions were ablated and did not require sutures.

The flexible fiber waveguide CO2 laser makes surgery in vascular areas, such as the oral soft tissues, less challenging. Due to the advantages provided by the CO2 laser, namely, efficient hemostasis, reduced pain, swelling and risk of infection, laser surgery results in better clinical outcomes than scalpel. A CO2 laser may enable a non-specialist to add soft tissue oral surgeries to the current arsenal of surgical procedures.

Dr. Arza earned his DVM at the University of Tennessee in 1979. He was a small animal general practitioner for 23 years with a special interest in surgery and dentistry. He started using a surgical laser in 1998 and soon became a popular lecturer at conferences, universities and seminars. In 2002, he left private practice to join industry as an educator, trainer, consultant and lecturer. He acquired laser therapy expertise in 2005, and among other positions, has served LiteCure LLC as its veterinary medical director. He is the co-author of both volumes of “Class IV Laser Therapy Treatment of Common Conditions” and contributor to the veterinary protocols programmed in LiteCure’s veterinary lasers.

Anya Glazkova, Ph.D., is a graduate of the University of Washington. She helps conduct laser surgery educational programs at Aesculight and LightScalpel LLC.

I have had my laser for ten years, and I could not practice without it... the laser allows me to do many procedures that I would need to refer if I did not have the laser.