We pre-medicate the patient with a mixture of torbutrol, atropine and Acepromazine. Induction is with Propofol 28 if over 25 pounds and if under 25 pounds, we will mask with Sevoflurane. Maintenance is with Sevoflurane. Either morphine or buprenorphine is used for pain control during the procedure. NSAID therapy is used postoperatively for four days. Dogs have very little discomfort postoperatively with this protocol. 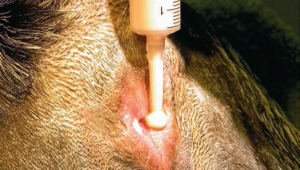 The glands are filled until the material is leaking out around the catheter (Figure 1). Also, during surgery, I wear a headlight and it is aimed away from the surgical field for the pictures, as the bright light may cause the camera to overexpose the surgical site. The material does not heat when it turns solid and effectively fills the gland for ease in dissection.

Skin incisions are made from about 3 o’clock to 5 o’clock on the right side and 9 o’clock to 7 o’clock on the left side of the perineum at the junction of the haired and non-haired tissues. The laser is set at 8 to 10 watts SuperPulse and 0.25 diameter spot size is used for these incisions. 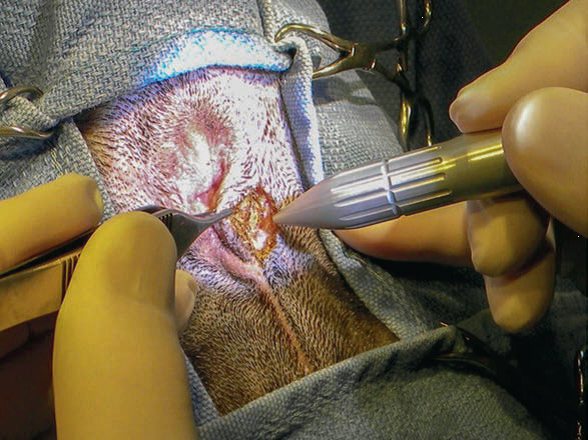 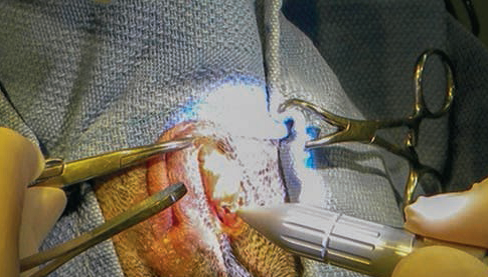 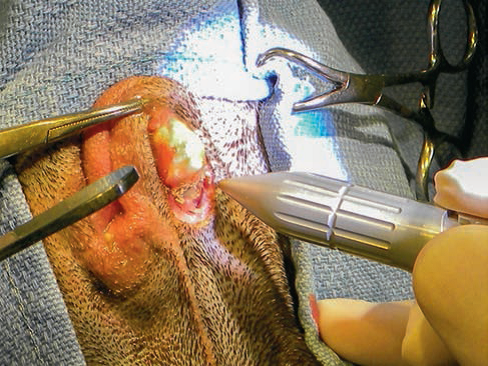 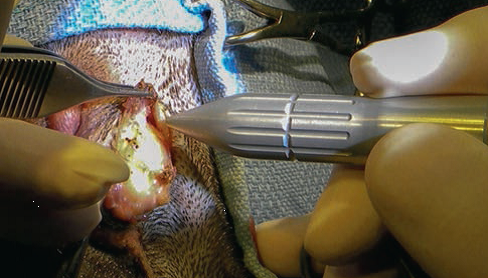 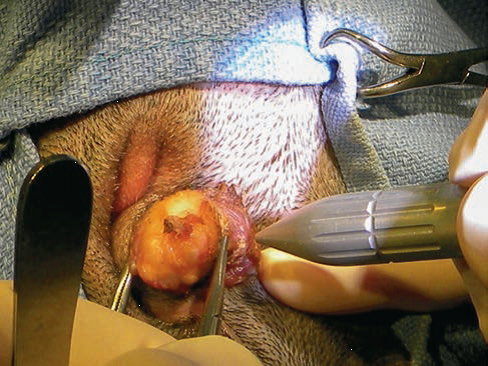 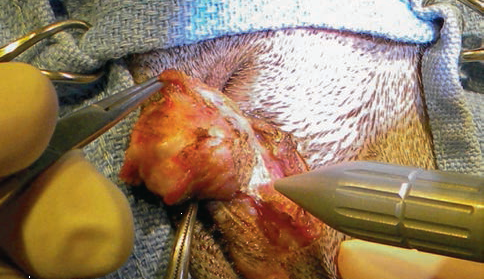 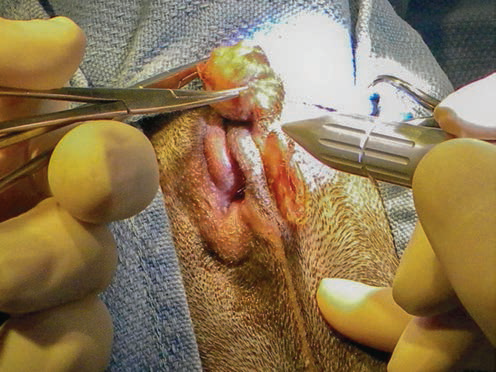 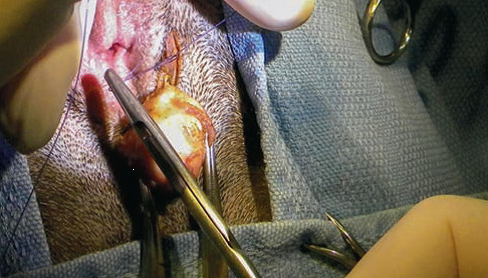 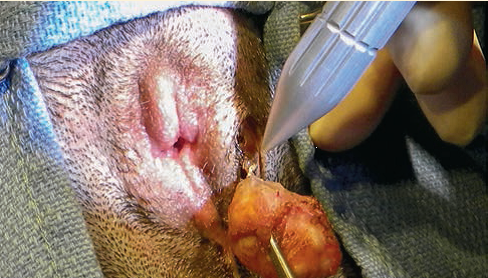 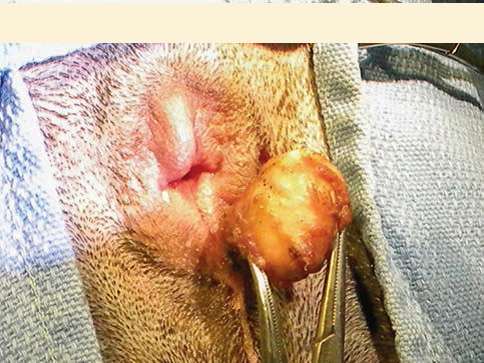 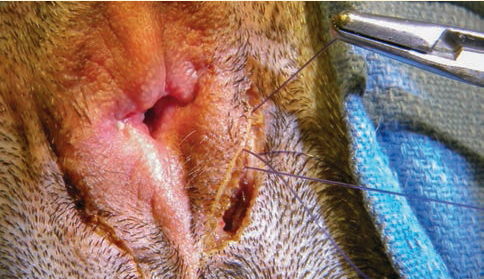 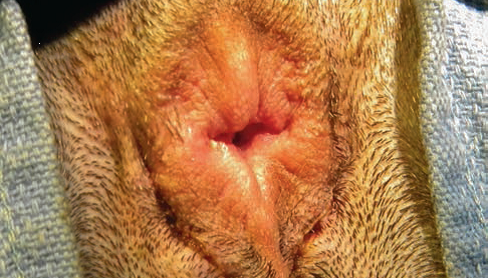 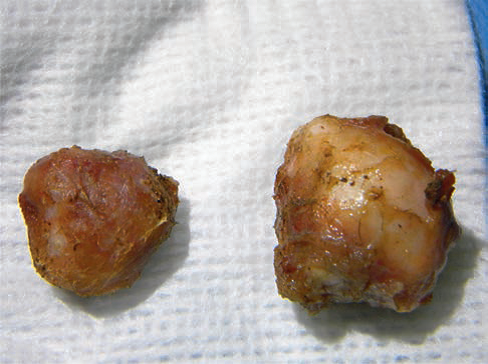 If needed, an E-collar is used post-op and in some cases diapers (Pull-Ups) may be used. With the laser, most dogs do not scoot or lick at the incision. We counsel owners to keep the dog on a leash for one-week post-op and watch for any swelling or drainage. In the rare case that the incision opens, it is treated as an open wound and allowed to granulate instead of placing new sutures. Granulex is an excellent product to increase the rate of second intention healing.

Note the lack of bleeding during the procedure. The ability to visualize the surgical field without hemorrhage and the enhanced dissection afforded by using a surgical laser speeds up the procedure and causes much less trauma to sensitive perineal tissues.

Dr. Will Schultz graduated from Michigan State University in 1973, went into private practice and opened his companion animal practice in the fall of 1974. Dr. Schultz has a special interest in canine reproduction and has been a board member on the Synbiotics Reproductive Advisory Panel, The Society for Theriogenology and The Theriogenology Foundation, with speaking engagements at several veterinary conferences, veterinary associations and national specialties He has lectured and published articles on transcervical and surgical inseminations using fresh, chilled and frozen semen. He also is interested in soft tissue and orthopedic surgery with laser surgery being an important modality for over 20 years. Dr. Schultz uses a 20- watt flexible waveguide CO2 laser with constant and SuperPulse modes.

This Education Series story was underwritten by Aesculight Inc. of Bothell, Wash., manufacturer of the only American-made surgical veterinary CO2 laser.

I love using the Aesculight laser. It has made surgery go much quicker and smoother. I will never do tumor removals without it ever again. Efficient customer service.

There are many benefits of the CO2 laser in exotic animal practice. Their use is limited only by the imagination.