Fibrosarcoma in a goldfish treated with CO2 laser

By Jacques-Marie Leclerc, DVM For The Education Center
Originally Published in Veterinary Practice News, November 2013 – Download as a PDF

Romeo, a 5-year-old goldfish who lives alone in a 20-liter aquarium, was brought in for a consultation regarding a mass located close to the distal part of the dorsal fin. The mass had been evolving for a few weeks, during which there were no noted changes in Romeo’s behavior.

During the complete clinical check-up, Romeo was alert and displayed a small balance disorder when swimming. We noted the presence of two cutaneous nodules on both sides of the dorsal fin. The smallest one was on the left side measuring 3 mm, and the other one was on the right side measuring 15 mm (Figure 1).

Surgical treatment with a CO2 laser was suggested to the owner.

CO2 laser cuts soft tissue by vaporizing water molecules, while limiting edemas and hematomas and ensuring a better cicatrization and more comfort for the animal. As it cuts, the CO2 laser beam shrinks the blood vessels on the margins of the cut and reduces bleeding, which dramatically improves visualization of tumor margins.

In addition, the destruction of micro-organisms present within the surgical area decreases the risk of postoperative infection. 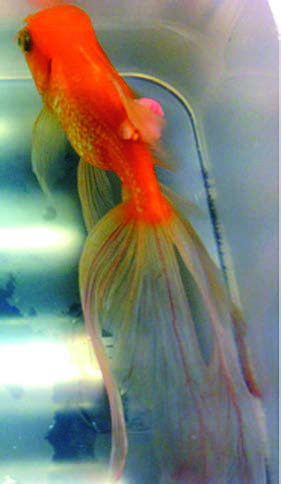 Figure 1. Two tumors on both sides of the dorsal fin prior to first laser surgery. 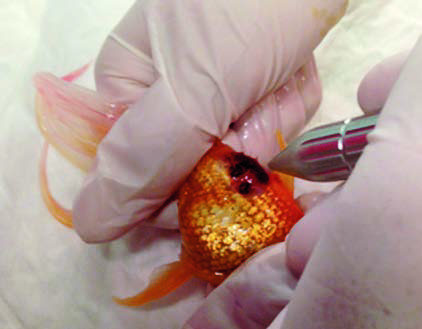 We took the fish out of the water and administered a natural gas anesthesia with carbon dioxide. We performed antibioprophylaxis with marbofloxacin (10 mg/ kg), combined with analgesia with buprenorphine (20 μg/kg) administered subcutaneously.

The nodules were removed with the Aesculight CO2 laser (Figures 2 and 3). Laser power settings were 6 W continuous wave (CW) with the 0.4 mm focal spot size. We decided to preserve the fin during this intervention. The fish was then replaced in oxygen enriched water.

The subcutaneous tissue has been modified by the presence of an unencapsulated tumoral mass, with infiltrating growth, resulting from a fasciculated proliferation of fusiform cells. With such tumors, there is a high risk of recurrence. 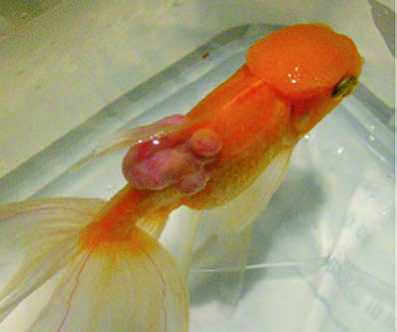 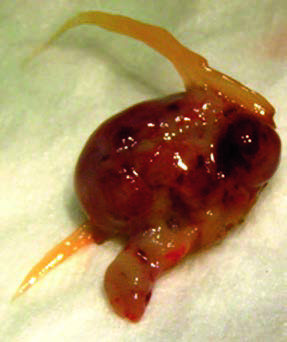 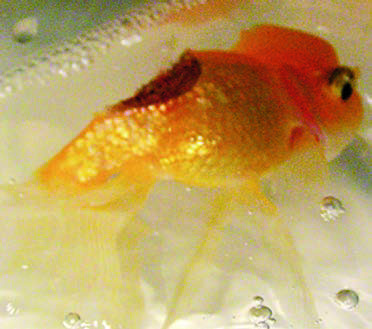 Figure 8. Imbalance after the amputation of the fin (post-operative view after 3rd surgery)

On day 15 we observed two suspicious zones, which looked like a fibrosarcoma recurrence (Figure 4).

We vaporized the two nodules with the laser set at 8 W CW (Figure 5). We used a 1.4 mm focal spot size. We used the same protocol for anesthesia as during the first intervention.

Controls at days 30, 45 and 60, revealed a perfect cicatrization on the operative site with no traces of fibrosarcoma recurrence present.

Between days 60 and 180, the owner could not bring Romeo for observation. On day 180, we noticed a new mass characterized by a bilateral invasion of the dorsal fin base (Figure 6).

After the dorsal fin excision (Figure 7 demonstrates the excised tissue), the fish presented a noticeable loss of balance for one hour (Figure 8), after which the misbalance issue disappeared. Figures 9 and 10 demonstrate the quick healing process.

Four months after the last surgery, controls did not show any signs of tumor recurrence. We noted that the area of excision after cicatrization was covered with smooth skin without scales (Figure 11). 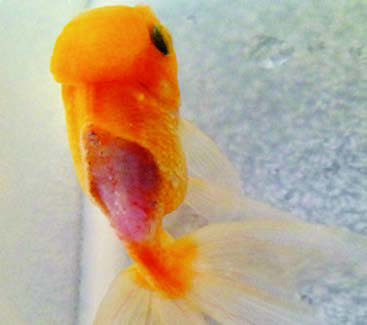 Figure 9. Day 1 after the third surgery. 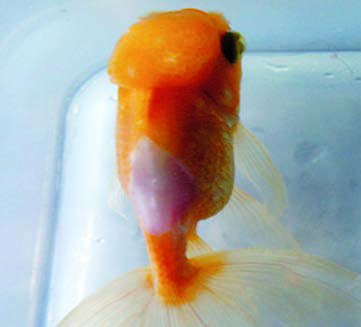 Figure 11. Four months after the third surgery. No traces of fibrosarcoma are present.

We used the CO2 laser for its simplicity, speed and safety, which allowed us to intervene by using a short duration carbon dioxide anesthesia. This type of anesthesia was also safer for the fish.

In the course of the first intervention, we worked in ad minima and performed excision by vaporizing the wound margins. This proved to be insufficient. During the second intervention, we performed a larger scale excision. Thanks to the CO2 laser, we did not need to make either cutaneous rebuilding or suturing. Without the CO2 laser technology, we could not have obtained such a good result.

Finally, this intervention has shown that the CO2 laser can be used in such unusual interventions.

All Images courtesy of Dr. Leclerc

Jacques-Marie Leclerc, DVM, is a small-animal practitioner in Le Cannet, France. He specializes in small-animal surgery. Dr. Leclerc discovered the CO2 laser six years ago and was the first user of the NovaPulse flexible fiber CO2 laser in France.

This Education Series article was underwritten by Aesculight LLC of Bothell, Wash., manufacturer of the only American-made CO2 laser.

I love it. It is probably the best thing I have done for my clinic.

This is just a note to say thank you and all of your staff at Aesculight for making my transition to the use of surgical laser in my practice so easy. From my first contact with you to sales, delivery, setup, training and support your team have all showed a...