There’s something in his eye: CO2 surgical lasers for distichia

It was fortunate Frankie was a very kind and cooperative dog because I was very much up in his face in an attempt to spot what his owner had brought him to me to see. “I’m sorry, but I’m just not seeing them.” Frankie’s owner was insistent. “The last veterinarian was sure they were there,” he said. I was adamant. “I would still like to see them first before I anesthetize Frankie,” I told him.

The owner hesitated and then said, “Will they grow back after someone’s plucked them out?” “Yes. Is that what happened here?” I asked. Another moment of hesitation. “Yes.” Bingo! “Please bring Frankie back in one to two weeks or sooner if he experiences any twitching or discomfort of the eye.”

Twelve days later, Frankie was back in my office with blepharospasm, and I was able to visualize two distichiae on the left upper eyelid and one on the left lower eyelid, directly opposite a 1- to 2-mm diameter blister-like lesion of the cornea (Figures 1A and 1B). We were ready to help him.

Frankie is a one-year-old neutered male Old English sheepdog who had been experiencing irritation of the left eye for the past four months. Topical therapy from his regular veterinarian had not seemed to help. A veterinary ophthalmologist consulting on the case had suspected the presence of distichia and had recommended cryotherapy or electrocautery to eliminate them. Frankie’s owner had sought us out for the use of laser surgery instead.

Distichia is hair or cilia growing from meibomian gland ducts at the eyelid margin. They can be common and do not always require treatment. Growth of such hairs in an abnormal direction can cause corneal irritation and even ulceration, especially when multiple hairs are involved. Clinical signs include blepharospasm, epiphora, and recurring corneal irritation and ulceration that often go unresolved with medical therapy. Removing such offending hairs permanently requires complete destruction of the originating follicle to prevent regrowth; as noted at the top of this article, plucking them will still see their recurrence.[1]

A surgical wedge resection with a scalpel blade will remove the hair, but much more refined methods now exist. When compared to cryotherapy and electroepilation options, CO2 laser surgery is perhaps the most versatile option for a general practitioner to possess, as it also can be applied to a wide variety of other surgical cases. CO2 laser surgery for distichia removal employs the seldom-used exposure called Single Pulse, a single timed burst of laser energy of which usually only one or two are necessary to achieve this surgical goal. It is a quick, precise, and satisfying method for distichia removal, an often curative procedure that offers the patient immediate relief and with minimal inflammation, hemorrhage, and scarring.[1]

As with other cases utilizing laser surgery of the eyelids, this procedure involves general anesthesia. It is important to place the handpiece tip perpendicular and as close as possible to the hair follicle. The hair itself should NOT be inserted into the handpiece tip, as this could damage or otherwise compromise the tip itself. Petroleum-based ocular lubricants can present a fire hazard when performing any laser eyelid surgery and should be avoided. Moist gauze or commercial eye shields are required to protect the cornea from direct and indirect laser energy. Incomplete removal may result in recurrence within four to six weeks.[1]

Preoperative blood work and cardiac auscultation were unremarkable. The patient was premedicated with dexmedetomidine 125 mcg/m2 IM and carprofen 4.4 mg/kg SQ. A 22-g IV catheter was placed in the right cephalic vein and IV LRS was administered at 75 ml/hr. Frankie was induced with propofol to effect, intubated, and maintained on isoflurane three percent. The eyes were kept moist solely with periodic flushes of sterile water.

Frankie was positioned in sternal recumbency for access to both eyes. Closer examination revealed two distichiae of the upper eyelid OS (Figure 1A), one distichia of the lower eyelid OS (Figure 1B), and one distichia of the upper eyelid OD (Figure 1C). No other corneal lesions were observed, and the third eyelid and conjunctiva appeared free of foreign debris. Both eyes were covered with saline-soaked gauze. The CO2 laser was set for 0.25-mm spot size, 5 watts Single Pulse exposure in a non-SuperPulse mode. Simultaneous ablation of the distichia and follicles proceeded with one or two single bursts of laser energy, first on the upper left eyelid (Figure 2), followed by the lower-left eyelid and the upper right eyelid (Figure 3). Each site was wiped gently of char with a moistened cotton-tipped applicator (Figure 4). No hemorrhaging was observed from any of the sites. 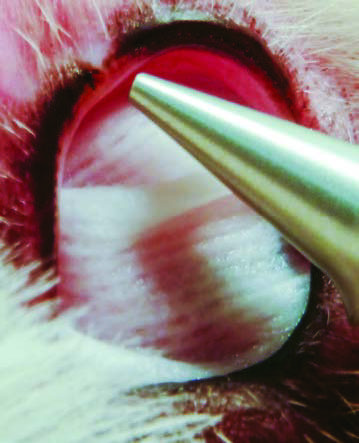 Figure 2: Simultaneous ablation of distichia and follicles proceeded with one or two single bursts of laser energy on the left upper eyelid. 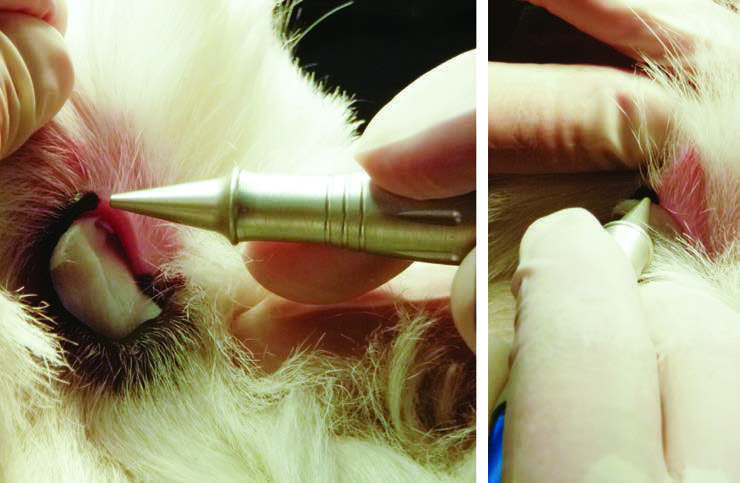 Figure 3: Shown is laser ablation of distichia and follicle on the right upper eyelid. 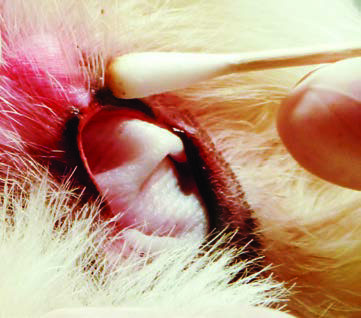 Figure 4: Each site was wiped gently of char using a moistened cotton-tipped applicator.

Figure 5: Ten days post-surgery, with excellent resolution of the corneal lesions and irritation, and with no further blepharospasm.

The patient was administered atipamezole 250 mcg/kg and butorphanol 0.2 mg/kg. An Elizabethan collar was applied and his nails were trimmed. Frankie experienced no complications during recovery and was discharged later that day with carprofen 75 mg PO BID and Neo-Poly-Bac ophthalmic ointment OU TID for seven days. He was seen again 10 days post-surgery, with excellent resolution of the corneal lesions and irritation, and no further blepharospasm (Figure 5). To date, there has been no new recurrence of distichia. 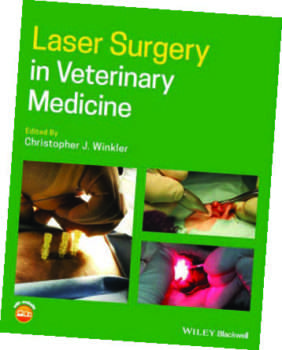 A graduate of Ross University School of Veterinary Medicine, Christopher J. Winkler, DVM, DABLS, VMLSO, is the owner of Suffolk Veterinary Group Animal Wellness and Laser Surgery Center in Selden, Long Island, N.Y. He is certified in veterinary laser medicine and surgery by the American Board of Laser Surgery (ABLS), is a certified veterinary medical laser safety officer, and a faculty member of both the American Laser Study Club (ALSC) and the American Laser Medicine College and Board. Dr. Winkler has appeared as a speaker and associate instructor on CO2 laser surgery for national veterinary conventions and is available for consultation and training in small-animal laser surgery and laser therapy. He is the editor and co-author of the new textbook, Laser Surgery in Veterinary Medicine, now available from Wiley-Blackwell (Figure 6).

Special thanks to Amy Allen, DVM, of River Valley House Call Vet for her contribution to this article.

You know what the problem is with this laser?

The one or two times a year I want to use a scalpel, we cannot find one!