Treatment of eyelid tumors with a CO2 laser 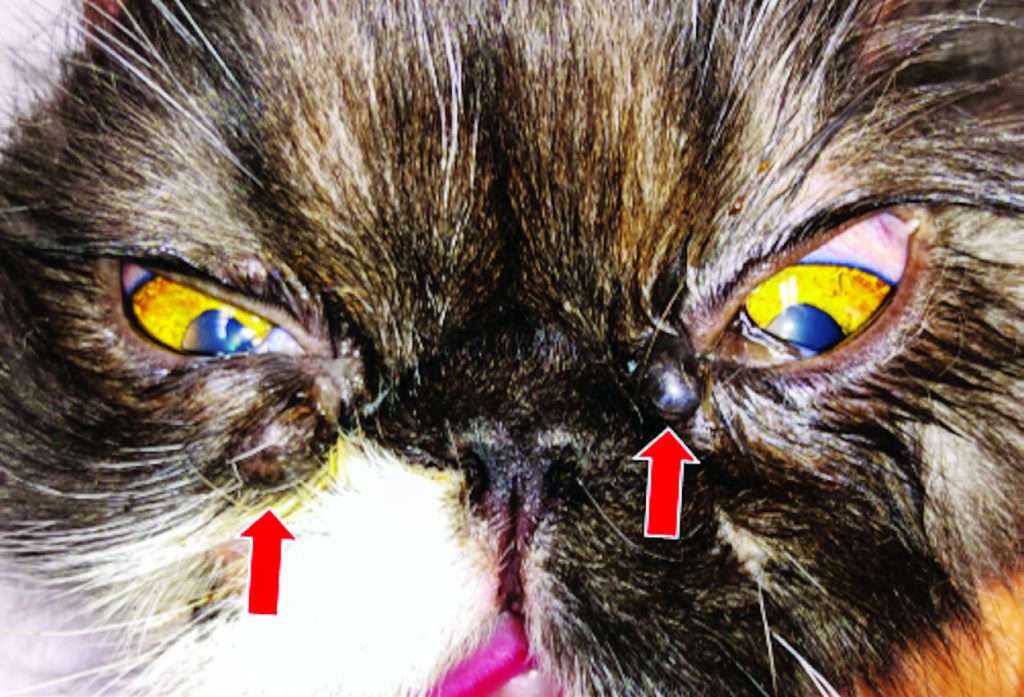 Figure 1: The red arrows point to the tumors. 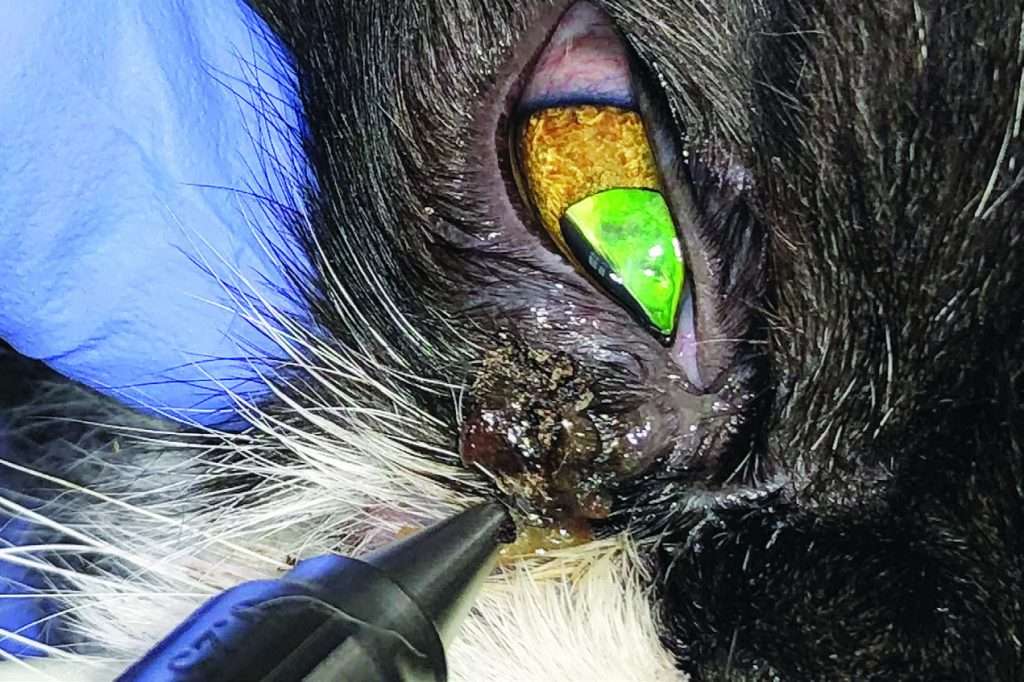 Figure 2A: Surgery in progress. The CO2 laser was used to ablate both tumors. 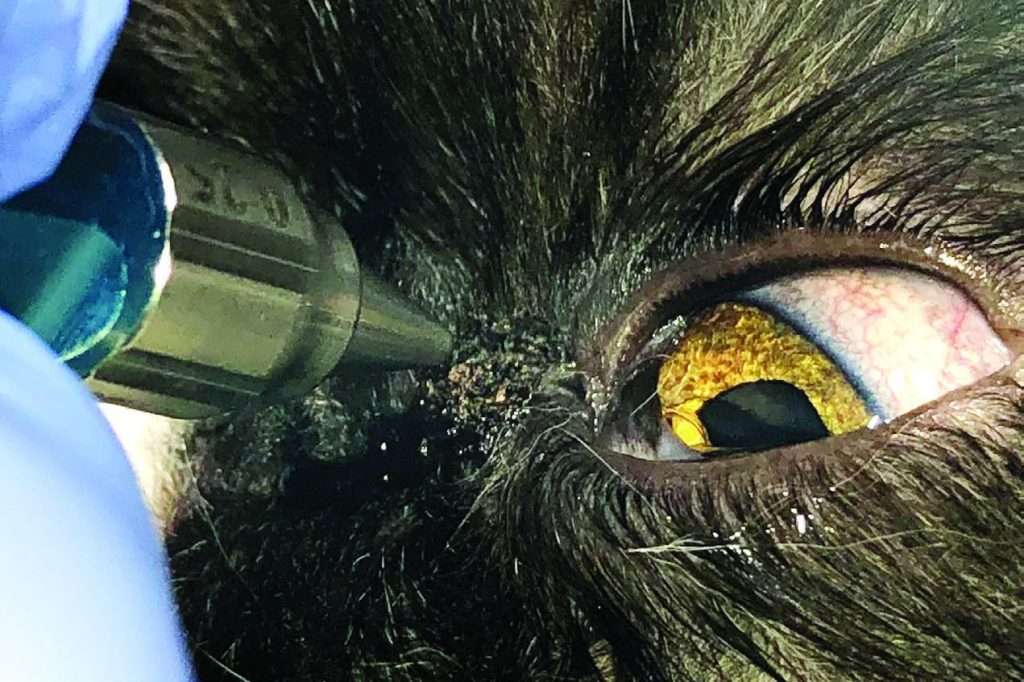 Figure 2B: The Aesculight 0.25-mm tipless handpiece is shown.

A 12-year-old male neutered Persian cat was presented for removal of tumors on the lower eyelids. There was one on each lower lid (Figure 1). The tumors had been present for several months and had doubled in size over the last three months.

Eyelid tumors, especially those on or very near the lid margins, are difficult or impossible to remove using traditional surgical equipment without permanently damaging the lid margin, potentially leading to entropion, ectropion, or another disfiguring lid disease.

A flexible fiber waveguide CO2 laser was utilized to ablate the tumors (Figure 2). The laser was set to 6 watts power in the SuperPulse mode. The smallest laser focal spot size of 0.25 mm was used. When the laser beam penetrated the tumor capsules, dark, liquid material was released. The laser was used to treat the superficial and deep tumor capsules to prevent a recurrence.

The decision was made not to biopsy the lesions because of their location. This would have been desirable, but it would potentially have had the same negative effects on the lid margins as excision. 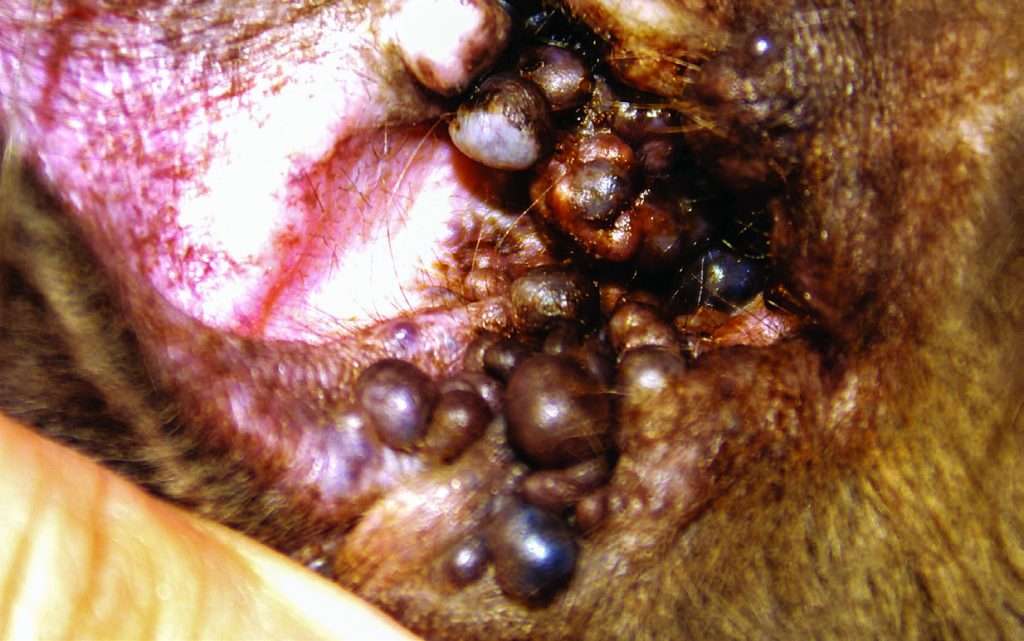 Figure 3A: Ceruminous gland adenomas are common in the inner surface of the pinnae and even down into the ear canals. 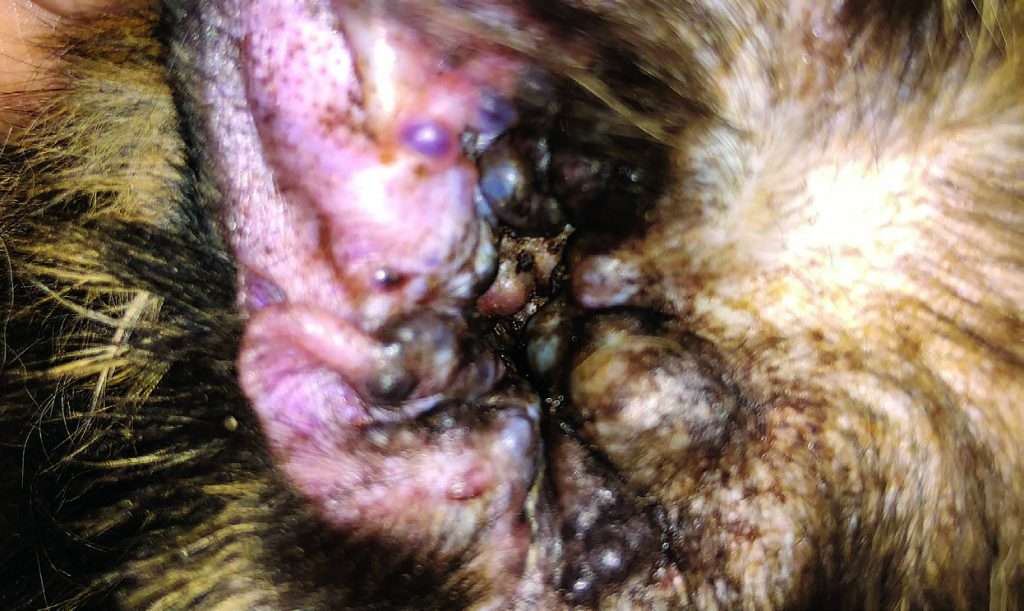 Figure 3B: Ceruminous gland adenomas were present in both ears of another Persian cat. 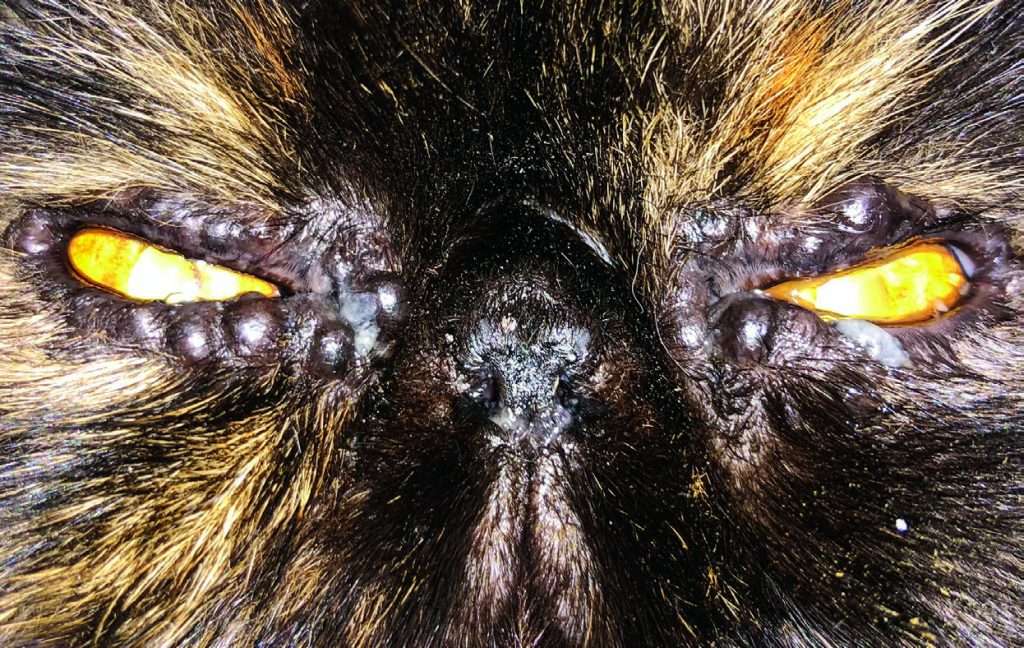 Figure 3C: Concurrent with them were numerous eyelid masses involving the upper and lower lids of both eyes. These were identical to the lesions seen in Figure 1.

The tumors on this patient’s eyelids were identical to ceruminous gland adenomas that frequently occur on the inner surface of the pinnae or even in the external ear canal (Figure 3). They are very dark to black in color and filled with a similar dark fluid. They react identically when ablated with a CO2 laser. Although the tumors should not recur once removed, most affected cats will develop more over time. As such, similar laser treatments are often needed within a few months to years. The owner of this patient was warned of a possible similar occurrence.

The reason these tumors were not likely to be ceruminous gland adenomas is because there shouldn’t be ceruminous glands in locations other than the ears. Basal cell tumors can be very similar in appearance and reaction to laser ablation.

This case illustrates the advantages of the CO2 laser for ablation of eyelid tumors. In addition to avoiding damage to lid margins, operating time is less than five minutes (Figure 4). 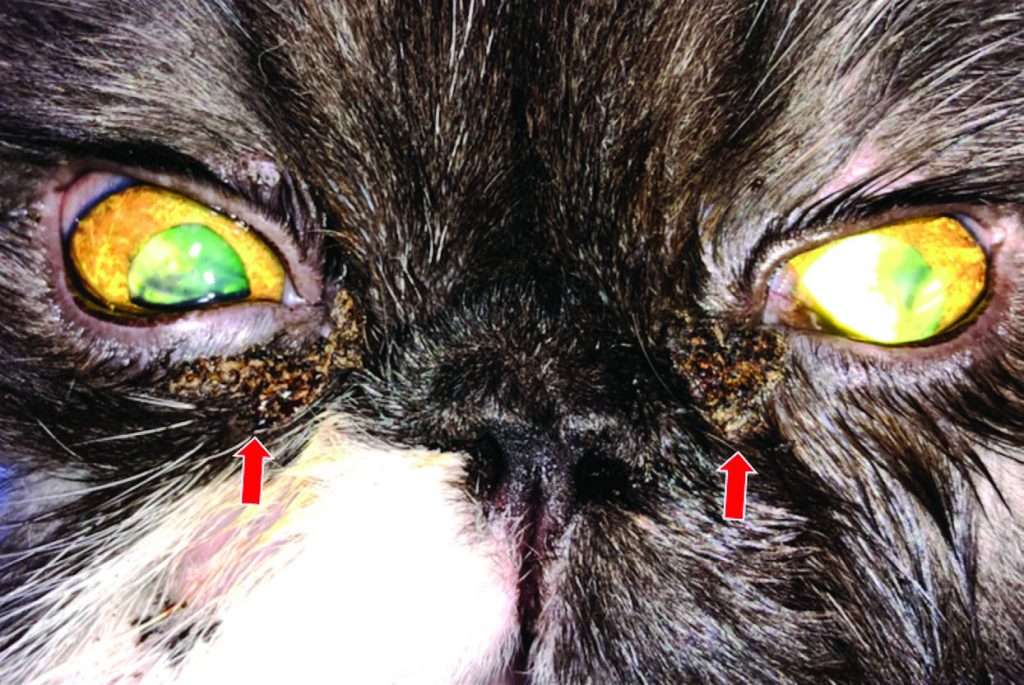 Figure 4: Immediately following CO2 laser treatment, the masses are gone. All that remains is the char from the vaporization of the lesions (red arrows). The lesions were fully healed in 10 days.

Gary D. Norsworthy, DVM, DABVP (feline) is a board-certified feline specialist and the editor and major author of seven feline textbooks that are used by students and veterinary practitioners around the world. They have been translated into Spanish, Portuguese, Japanese, Italian, Chinese, and Korean. Dr. Norsworthy writes for a variety of veterinary journals and frequently lectures for veterinary associations. His Alamo Feline Health Center in San Antonio is South Texas’s sole hospital limited to cats and the only one offering a truly dog-free environment. Norsworthy has hosted more than 100 veterinary students (externs) from many U.S. veterinary schools and from several foreign countries.

There are many benefits of the CO2 laser in exotic animal practice. Their use is limited only by the imagination.

I have been very pleased with my purchase of the Aesculight 30 watt CO2 laser. There is no doubt that it is a great addition to my practice. I have been pleasantly surprised to find excellent client acceptance of the technology. The first month I used the laser,...